Are your gadgets making you antisocial?

At a classy restaurant, I once saw a family of four. The mother and father were eating, their teenage son was busy with his tablet and PSP while their hot daughter had her earphones stuck in her ear listening to music. 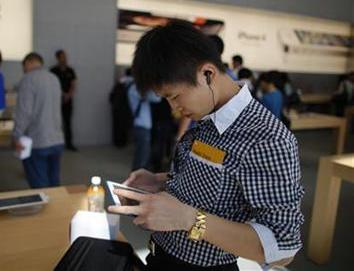 At the airport, people are busy touching, sliding and sweeping their smartphones’ screens while waiting for their flights. No one bothers to speak.

At the office, colleagues who sit beside each other would rather talk via IMs and emails than speak personally.

At the café, instead of enjoying the aroma and taste of coffee or meeting someone special, people are working on their laptops.

At the mall, I once saw a couple fighting. Apparently, while the two were on a date, the girl kept telling stories and instead of the guy listening, he kept holding and staring at his phone.

On the streets, we now rarely see children playing games like “tumbang preso”, “habulan”, hide-and-seek, “piko”, “agawan-base” and “trumpo”. Kids these days are either in the computer shops playing MMORPG or at home dancing and playing tennis on Kinect in front of a huge TV. I hope they still grow-up having healthy social relationships.

The list goes on and yes I am guilty of most of the above examples too.

I remember last December, I met up with some good old college friends to have some eat-all-you-can buffet at Mall of Asia. My expectation is that we will have some neverending talk to catch up on what’s going on with our lives after not seeing each other for more than a year. But to my disappointment, we found ourselves holding up our gadgets about 70% of the time instead of talking with each other. Most of us were checking Facebook, BBM’ing and connecting with other friends virtually online instead of making the most out of our time to connect with real-world friends just sitting right in front of us.

It all seems weird. I am not against technology, in fact I am a major advocate of it because I finished an IT degree and computers are my bread and butter. I love how technology makes people’s lives easier but over the years I can’t help but notice that it is somewhat ruining the real-world social lives of people. Do you agree?

I think we really need to discipline ourselves to take it easy on the gadgets and concentrate more on finding ways to bond with family, friends and loved ones in the real physical world. Just my two cents.

Get the latest news on men’s lifestyle here on Pinoy Guy Guide
Stay connected to PGG on Facebook and Twitter. You can also join the PGG Forums to discuss your lifestyle with the other guys.

Dockers is on sale this weekend

I agree to your sentiments Chris. I do hope that people will discipline themselves and communicate with others more often by talking to them personally.

90s are the children’s golden years.

I am guilty to of this also.

I am guilty of this sometimes too. Perhaps we have to have a rule that when we are with real people, we must limit our use of social media. But then again, it also depends. If I really have an important person to talk to online and my companion is really boring me to death, I guess it’s a subtle way of saying that “You are not worthy of my time.”

virgo – I hope for the same thing too.

Tuan/Raymond – yes, you have a point.

Technology has its own good and bad effects butit all boils down on one thing: every individual can use it in a postive or negative way but I think the government should highly promote our native games for our young ones.

[…] 4. Are your gadgets making you antisocial? – Ever noticed how people who are seated right in front of each other in parties do not speak but instead just play with their smartphones and gadgets? Don’t you think that technology is making us a bit antisocial to some degree? Well, this post is dedicated to that. […]

I remember one of my teachers telling us that public internet was conceived to enable people to accomplish many tasks quickly, easily, and conveniently, ultimately giving them more free time in their hands. Later on, however, the opposite happened.

GP – Totally agree. I think it’s because of the mentality that since we are getting a lot of things done through technology, then let’s volunteer for more work and more tasks. LOL.

oh dear lord…I think you’re right on this…
but you are most certainly “right” afterall!
thanks for reminding me. ?

Roland – you’re welcome! how did you discover PGG btw? 🙂

So guilty but working on it. Never during dinner or watching TV/movie at home with my wife anymore. Before her I was terrible with my ex’s. Also for safety I never pull it out on the MRT/LRT or just walking around town.

William – that’s true. welcome to PGG btw! how did you discover the blog?

Chris – As far as I remember, I was googling Pinoy fashion before immigrating to the Philippines. I know a lot of US fashion (even worse, Chicago fashion) may be “badoy” for the Philippines and Asia in general. I didn’t want to look like a stupid foreigner here.