Today PGG Writer Jessie introduces us to the latest trend going on for many guys, that is, the growing of one’s facial hair. 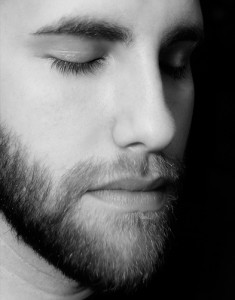 In Hollywood, in basketball games, on MTV and even in Pinoy reality shows.

Its the return of the FACIAL HAIR fad. Yes. I call it a fad because I can’t imagine it going on for a couple more months. I know, I know. Some of you might argue that its the look that best suits the weather in the US these days. But I’ve seen this look since the start of last year. It might be a long enduring fad because it requires time for you to grow a beard! But for now, yes – its the latest fashion trend for men and I still consider it a fad.

Goatee, or a full beard? Moustache or simply semi-scruffy shaven?

Regardless of how you shave your facial hair – you have to consider a few basic rules to pull it off: Soft jawlines should be flattered with a beard or goatee shape, while rounded stubble will disguise a strong chin. If you have a very round face (read: fat), beards and carefully maintained moustaches should do the trick.

But one thing I noticed though, not all Filipinos have the genetics to actually grow one. Maybe I should conduct a survey to find out. But one thing’s for sure, its a trend in the US these days and soon enough, Filipinos who are capable of growing beards will follow suit.

Here’s a bunch of guys who is rocking them pretty well:

So, do you think Pinoys would also try to achive this look in the near future?

Get the latest updates. Subscribe to Pinoy Guy Guide by email and join the PGG forums

Predictions on Men’s Style for 2009

Why being a “torpe” will never work

I have a semi beard and mustache but I don’t like it to grow long. I did before but I regretted doing that.

I regularly trim it so the pubic hairs won’t be thick after shaving.

I think having a beard not only magnifies your manliness, it also gives you that “dark/mysterious rebel” aura. Girls dig that as well. 🙂

@Jessie: I know but I like it clean and neat

My twin and younger brother has one and they had it since last year. Uhhmm….It also depends on the look i guess.

I tried having one but they said it doesn’t fit my boyish looks and besides it itches! Hehehe…

How do you grow a “balbas-sarado” look? I think it complements one’s masculine facial features.

I think it also has something to do with your DNA composition you know what i mean? But there’s one crazy myth about this though…old folks say that if you lather your sperm on your face, you will get that Rez Cortez look you’ve been dying to have.

I don’t know if you watch the NBA, but one of its most popular players – Pau Gasol of the LA Lakers started to sport a beard to make him more intimidating and masculine because he has such a pretty face for a basketball player..

This can never be a fad, since it is only available to men who have the “hairy” genes.

and yes, it depends on how the hair grows, it does not always look “manly”

and not all girls dig the “bad-boy” look…(take for instance the 2 davids of American Idol 6 – youve got a innocent-childlike-prettyboy look in archuleta but the complete opposite for cook) both have decent following.

@Jessie: yeah…and that one made my brother go for it. NBA Addict un eh!

I want a beard but it so freakin’ hard to grow in the jaw area. Probably not in my genes. 🙁

I am American and of Scots, English, Irish, and Norwegian decent. Definitely all very beard-capable nationalities. But I couldn’t grow any facial hair at all until I was in my late-30’s. Even now at 43 its sparse to say the least. I can grow a chin beard and soul patch and skinny mustache. Problem is they don’t connect. 🙂 I also have 2 chest hairs… yes count them… two!

All my ladies in the past have liked the clean look though. The problem now is my new Pinay girlfriend seems fascinated by my stubble when I don’t shave for a few days and wants me to grow a beard. 🙂 Well… i am trying once again but not having a resounding success after nearly a week.

My testosterone level is above average so I guess some of us regardless of our ancestry are just prone to facial baldness. Could be many worse things in life.

Hairiest ethnicities are Southern Europeans (Spanish/Italians), Arabs and South Asians (Indians). If you have a mix of any in your family, you probably have a higher chance of getting a full beard.