Predictions on Men’s Style for 2009

I’m no astrologer, but I’ve listed here some of my predictions for this year on men’s style. These are entirely based on what I’ve seen so far and how I think it will progress throughout the year so let’s get the ball rolling…

Many of the statement shirts that will come soon will probably have these metallic prints. I know that these types of prints have been around in the 90’s but it seems that they are coming back. 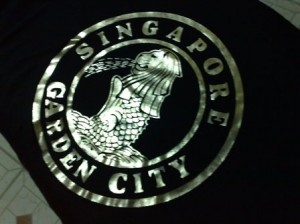 Example of metallic (silver or gold) print in t-shirts

2. Nokia (and others) will come up with a fashion phone to combat Samsung Armani P520
I’m not sure. But I absolutely think that they really should. Samsung and Motorola have been introducing stylish phones for men and they should do the same.

3. Violet – the next color for men
In 2008, I found it odd that all sorts of bright colors have been made for all types of men’s apparel – from shirts to jeans as we’ve seen in those colored pants.

This year, violet, purple or whatever you want to call it will soon be the next color for men’s clothing. Remember the “Tough Guys Wear Pink” shirt a couple of years ago? This year, we’ll probably see a “Tough Guys Wear Purple” shirt. As a matter of fact, I’ve seen lots of formal wear and even ordinary men’s shirts in violet. 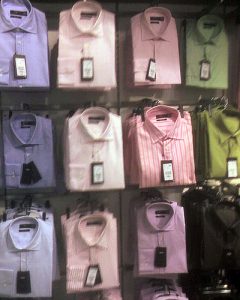 4. From flag jacket, to flag caps, to flag shirts, to…
Flag underwear?

Over the last quarter of 2008 we’ve seen all types of clothing bearing the Philippine flag’s colors and sometimes even icons of the sun and the three stars. Perhaps this 2009 they will put it in men’s underwear. Yeah, I know it’s hilarious and it is definitely a sign of disrespect to our flag but who knows what these clothing brands can come up with?

Don’t want to miss the next post? Subscribe to Pinoy Guy Guide via email or join the forums

glossy/metallic prints on shirts — this was the ‘it’ thing in the early 2000s.. but until now, im too hesitant to buy one. kasi baka mabura sa kalalaba yung metallic design.hahaha

i (or we) wanna know more about belt fashion for men… on what belt to use, what’s hot and what’s not for belts, belts for any occasions,etc etc etc… basta tungkol sa mga belts…

happy year of the ox ;p

Rengie – sure, will try to come up with a post on that.

By the way – try to join the forums: https://www.pinoyguyguide.com/forums it’s nice to discuss the latest styles there.

In fact, I bought one from Bench.

A plain white shirt with metallic “ace” card printed on it. Have you seen it? Very affordable and stylish.

Simple but the glossy effect makes you look stylish especially when worn during daylight kasi nga nag rereflect ung sunrays onto your shirt. Which makes you *or your shirt* an eye-candy for everybody.

Bunsoi – Thanks, Happy New Year too.

rengie – Sure, I approved it already. You can start posting now at the forums 🙂

Boris – are you a member of the forums already?

@rengie: yup but it is more attractive to light skined guys 🙂

@ Kuya Chris
1 – yes, uso na nga yan. italian fashion kasi. and tama si Rengie, it has been around. For some time 2007 to early 2008, yun yung theme ng penshoppe and bayo (though for girls).

2- lagi naman may fashion phone for women but for men wala. the closest nokia has done would probably be producing black phones – 6500-6300 etc.

3- so is gray! it has been the common shade of jackets too.

4 – it is not far from being possible but im sure maraming aangal niyan especially kung makita pa natin na i-model ni dingdong yan along edsa.

5 – according to Men’s Health Philippines, checkered will still be in although in tiny details na lang and no longer the usual tablecloth checkered design we see nowadays. very subtle na lang daw.

Hmm, I don’t really mind clothing that much, but yes I believe that the first prediction will definitely come true.

hey pipz… have you tried the new product of master (eskinol)?

it’s a facial moisturizer for men…

a moisturizer that doesn’t make u look greasy…
instead,it has an oil control max with advanced zeroil that controls oil up to 8 (eight) hours… for a longer-lasting, non-greasy feeling…

it has micro-powders for instant matte and shine-free skin… in short, it’s also a liquid powder…

lastly, because it’s a facial moisturizer, it smoothens skin…

well, i have tried it since it came out in the market last october… and i can say it’s really effective… lalo na sa mga oily-skinned pipz…

[…] January 2nd, Chris enumerated some trends that might take a huge leap forward come 2009. As a sneakerhead, I would like to add my own […]

[…] one but the design is different. If you still remember, I said in one of my recent posts that glossy prints on shirts will be the next “in” thing and I think it’s probably true since this latest […]

[…] you think that my predictions for 2009 are coming true one by one? Is it plain coincidence or do I really have the potential to become an […]

Nice predictions especially the purple shirt part. Late last year-December I bought my lavender dress shirt and I love it, look good in it.

Checkered shirts are were also in. hehe

Since it’s march now, I hearing that blues will be the new trend for the late spring to summer collections of international designers. I’m building a set of turquoise blue tees and polos for this summer. I think the trend is now on the lighter shade of blues 🙂

I tried the Master Facial Moisturizer.. And YES it does control oil for a long time.. It also controlled my breakouts.. Kahit di na ako maghilamos minsan before I go to bed ayos lang, no worries pa rin sa mukha ko.. hehehe ^_^