If you have been following this blog long enough, you might remember that last year, I bought a Creative Zen Music Player (a player that’s very reliable). I chose it over iPod because the lack of FM Radio in Apple as well as having to use iTunes is a dealbreaker for me.

This year, if I were to buy an average-priced music player, I will be confronted by two tough choices – that is between Apple iPod 5th Gen Nano and Creative Zen X-Fi 2.

My girlfriend recently bought this new Nano and when I first heard that it had an FM Radio as well as a video camera, I had to confirm over the Internet if this was true to make sure that it’s not a generic mp3 player from China. 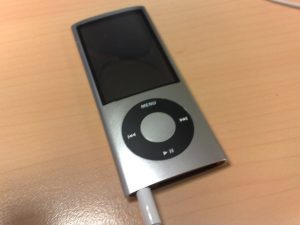 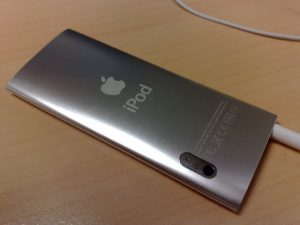 It looks like Apple has heard my voice requesting for an FM Radio. Hmmm, I know what you must be thinking. What’s with the FM Radio and why can’t I live without it? Well it’s because I love music and I get easily bored with old songs so I need to stay-tuned to music charts to get my daily dose of hits while on-the-go.

Anyway, here are some features of the iPod Nano 5th Gen

One thing that bothers me with the camera is that it doesn’t capture still images. It’s all video. Weird.

I first heard about this from an officemate. He wants to buy it but too bad it’s not yet available in the Philippines. This product looks promising to me because it’s not too expensive but it’s already touchscreen. Here is a list of some of the features of Zen X-Fi 2:

I haven’t seen a live demo of this product but based on the reviews I read on the Internet, the user interface and touchscreen can be quite problematic. I’m not sure how true and how bad it is but it’s pretty understandable since I think this is Creative’s first touchscreen product. I just hope that they will be able to fix these issues in future hardware and software upgrades.

Given those two choices above, I will stick with my old reliable Creative Zen for now as it still serves me well and I don’t feel the need to upgrade right away. After all, what will I do with my old Zen if I buy a new one? But maybe if you are the one looking for a new music player this Christmas season, you might include these two among your choices.

Not yet subscribed? Know the best gadgets for men by subscribing through email or alternatively through the PGG Forums.

excellent choice chris! for still opting the zen 🙂 i have the zen vision M and apple never appeared on my choices for not being able to play avi/xvid files.

you mentioned about reliability and hell its built like a tank. my ZVM is more than 3 yrs old and still looks and works like brand new. i don’t know the current performance of the new ipods but back then the yardstick was the ZVM for having the best audio quality.

I vote for Ipod nano, downside on the camera cause it only captures videos and not still images (i guess this is because either A. They are gonna release another one maybe a 6th gen or 7th that may capture still images; OR B. They won’t pursue adding it as a feature cause this nano 5th gen may have the look and feel of an iPhone\itouch once the image capturing is added note, taking away the phone features :p ).
Btw, another plus is you may download games that may be synchronized to your ipod nano 5th gen gadgets. Before, when you speak of the old nano version they only have built in games that are apps embedded in your old nanos; this time! gamers may add their fave app games synced thru their iTunes. woahlah! nice post Chris 🙂 😀