The right amount of friendship & attraction to become lovers

In the past few years that I have been in the dating scene, I realized that it is very important to be

1.) Be friends with the girl you are dating and

2.) Be attracted enough to her before taking your courtship to the next level.

But how deep should your friendship and attraction be before saying those 3 words that every girl would want to hear? 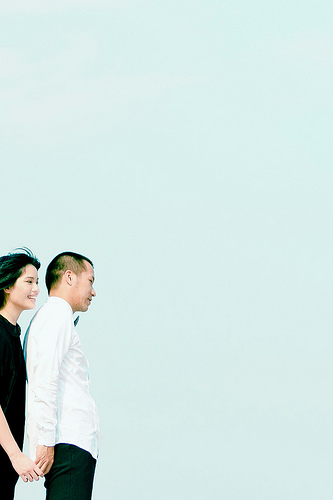 Let me share with you the 3 kinds of girls I’ve dated in the past and the level of friendship and attraction we’ve had. I’ll just use false names to avoid any form of drama and more importantly, to be equally fair with them. Perhaps you could relate to my story and realize the same things that I did about having just the right amount of friendship and attraction before transforming your date to a girlfriend.

Sarah (100% friendship, 20% attraction)
She’s a the cute and bubbly girl that shares my humor.  She’s so funny and easy to get along with. As a matter of fact, she thinks exactly the way I do and just one look at each other, we already have an idea of what we wanted to say or laugh at without saying a word.

You know that kind of girl you’ve known since you were a kid? Sarah is one of them. We both know what we like and what we don’t. In fact, our friendship is so deep that it would be very awkward for us to take that friendship to the next level. So at 100% friendship and only 20% attraction we are just that. Close friends –  no more, no less. We both understand that it’s the best thing to do to preserve the friendship and to keep us both sane.


Jessica (20% friendship, 100% attraction)
Jessica is one hot girl. Hot in a way that you get excited everytime the two of you go on dates.

Unfortunately, she’s the type of girl that is pure physical attraction only.

When we started dating, it was fun. Initially, it felt so good to tag along someone who seems to be catching everyone’s stares – but that feeling didn’t last for long.  Sooner or later, things didn’t work out. Having 100% attraction to her and only 20% friendship, I figured out that we didn’t really have a connection for us to last. Imagine this scenario. I like music she doesn’t like. She likes food that I don’t like. I like to do stuff she doesn’t like and vice versa. Even though we were attracted to one another (physically, that is), we realized we just had too many differences. The lack of connection felt like I was going to go nutts so we both decided to call it quits.


Nicole (60% friendship, 80% attraction)
Nicole is a gorgeous girl who likes many things that I do. She seems to be just the right combination of Jessica and Sarah. We started out as good friends and we just had the same likes and dislikes. Although we had differences, they were not deal breakers.

So she became my girlfriend back then. Then one day I started pondering why she seemed better than the first two. I realized that we just had the right amount of friendship and attraction to become a good couple (60% friendship, 80% attraction).

Now 60% friendship, 80% attraction isn’t really a hard rule. So how do you find out if you have just the right amount of chemistry with your date? Here are three indicators:

1. 50-75% similarity
I believe that for any relationship to work, you should have at least 50-75% similarity with her. It’s very important to have a common set of likes or dislikes that you two have. Whether same sports, same music or same hobbies, doing common things would make romance and your bonding last.

2. You are mysterious enough to turn her on and vice versa
Remember back in highschool? We always get infatuated with that hottie cheerleader in our P.E. class and as soon as we get to know her true character, the mystery is gone and instead of being turned on more, we usually get turned off?

Same is true with the woman you are dating. Is she mysterious enough to keep you interested? Do you get more attracted the more she reveals her true self? If your answer is yes, then you are good to go to the next level.

But how about you? Are you mysterious enough?

I remember Nicole told me once that one of the main reasons she found me attractive was my being mysterious. Mystery is sexy. It is one of the major factors that keeps us attracted to the other person. The best advice I can give when you are dating someone new is to preserve your being mysterious by not divulging too much information about yourself all at once. Give little details one at a time so that you maintain that chemistry and attraction. It is what keeps women interested and draws the line between friendship and lovers.

3. Honesty
Confidence and honesty come in pairs. If you are comfortable and confident enough to say to her what you like and what you do NOT like and she could also do the same, then you have the right amount of friendship and it is time to level up. Now once you reach that point wherein you are both open and honest to each another, you will find that it would be so much easier to utter that question that makes us guys extremely sweaty and nervous: “Would you be my girlfriend?”. I’m sure by that time you will certainly get a “YES!”


I hope my experiences with my past dates and the indicators that I gave you would help you a lot this Valentine season. I wish you the best of luck on your dates and I hope to see you take your girl to the next level. Anything you want to share? Feel free to comment below.


Want to learn more about dating? Subscribe to Pinoy Guy Guide by email. Want to talk about your girlfriend? Join the other guys at the PGG Forums.

that’s cool and awesome!you do actually gave me an idea!your the man!

I can relate on this article! I’ve dated already 4 different ladies and they all have different personality which makes me turned on and off.. thanks Chris for sharing this 🙂

nice! i can also relate with this article… but i did the wrong thing. i became too much excited with the new friendship i immediately jumped to the next level…..and guess what happend?
nothing. now we ended up no more than good friends.
so i guess this article is very helpful to me….. next tym i get attracted with a “prospect” i would follow all that is written in this article… Tnx to the author and maybe guys you could also add some golden rules/advice in dating… Tnx in advance and God bless…

Happy for you, Chris!

For me, it has always been — have enough things in common and enough differences to make it interesting. And always try to see your partner in a different light EVERYDAY may it be a new haircut, a new shirt or just growing up. Don’t expect the other person to not change at all from the first time you met them. Just a girl’s perspective here.