Filipino Men: the most Narcissistic in Asia

Last week, I was rummaging through my friends’ feeds on Facebook when I found an astonishing article from Yahoo. It says that we, Filipino guys, are the most vain and Narcissistic boys in Asia. I was like: WTH?!

1. That 48% of Filipino guys found themselves sexually attractive compared to 25% of men in Singapore, 17% in China and Taiwan and only 12% of Hong Kong guys who think of the same thing about themselves.

2. That 9 out of 10 Filipino men wanted to look good for themselves, not for anyone else.

3. That Filipino guys are too busy gazing lustfully at themselves in the mirror.

If this study was that accurate, then Hail Narcissus! 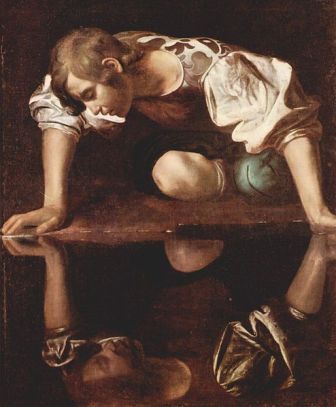 I do think however, that it’s cool to dress up, groom and look good for the women and to feel great about yourself. Looking your best self can spell the difference between dating the hottest girl and being turned down (a.k.a. “basted”) OR in in some cases, getting that dream job and being unemployed. Looking good is a confidence booster BUT don’t overdo it. Because as cliché as it may sound: too much of something is bad. Actually, being too vain is a huge turn-off for chicks you know.

Get the latest tips and advices for men by subscribing to Pinoy Guy Guide by email. Want to discuss the latest in men’s lifestyle? Join the PGG Forums!

That Cap and Bangs Look

hahaha! this is funny. but i agree. don’t overdo it

I agree. but i don’t agree guys here are more vain, i guess Korea is the number 1, look at the guys there, they look like wearing women’s clothes.

@Gerald: yeah! And look at their faces, they really look like gays.

1. That 48% of Filipino guys found themselves sexually attractive compared to 25% of men in Singapore, 17% in China and Taiwan and only 12% of Hong Kong guys who think of the same thing about themselves.

2. That 9 out of 10 Filipino men wanted to look good for themselves, not for anyone else.

-I guess I’m part of the 9 Filipino Men.

3. That Filipino guys are too busy gazing lustfully at themselves in the mirror.

So true. Just scan FB, it seems that every pinoy guy is desperate to be a model.

South Korean men should be on top. They even leveled up to plastic surgeries than trying on cosmetic products.

It seems that Yahoo is playing a matching game with their article, having pairs of nations and sins which aren’t exactly a representative of one another just to suit their own idea.

Stupid people should realize that K-pop does not represent average Koreans. Only 16% of Korean are narcissistic according to the same survey.

Not surprising that Filipino men are really narcissistic. I know several and they’re all vain. Even the ones who are short, really dark, skinny and have gigantic flat noses think they’re a +9 out of 10.

Now that’s coming from a truly narcissistic Koreaboo/ butthurt Korean or whatever you are. And flat nose? Aren’t you aware that it is Koreans who have that kind of nose as well aside from super small eyes that is why they/you are relying on surgery? Also, what’s wrong with dark skin? At least we are not whitewashed like you guys. Many KOreans even boys who are staying in the Philippines buy beauty soap to further whiten their skin. What a whitewashed people

Pinoys are incredibly vain yet So to are Koreans who are over the top with beauty obsession. Korea is shockingly the highest in the world for cosmetic surgery much more so than even America. Just realize beauty oobsession is big money and the cosmetic industry want you to feel inadequate.

avoid franchise junk food like Macdonald because it will make you ugly.

Smart guy knows that junk food will make you fat and your skin look like shit.

Caffeine (coffee, tea, any tea with caffeine in it and energy drinks which contain caffeine)
tobacco
alcohol
aspirin
NSAIDs
stress( ages you quickly so avoid it as much as possible)

Juice on a regular basis because it will make your skin glow with radiance and beauty.

That’sthe key to beauty not lies and bullshit.

Pasta
rice with egg because it doesn’tcontain all amino acids.
Potato

much more to tell but I can’t write a thesis here.

Take up light body building but don’t tear or break or injure yourself. Confidence is good ego is stupid.

Brett – thank you! You have one of the most detailed and helpful advices. Are you also Filipino? Where are you from?

I don’t know if this blog is still active but I just wanna say that after seeing nothing but negative things about Filipino men on social media, it really sucks to be a Pinoy. A lot of negative stereotypes without a single positive stereotype.