Thanks to a friend, I got tickets to Yahoo’s OMG Awards.

The event, which was held last Friday, July 6, at Mall of Asia Arena recognized the achievements of local celebrities. I am not that much of a fanatic but I really support our local artists that’s why I’m plugging-in this a little bit out-of-topic post.

Anyway, one of the celebs who really turned the heads of a lot of guys (including me) during the event is Solenn Heusaff. She won the Best Female Newcomer of the Year award and damn she’s gorgeous. 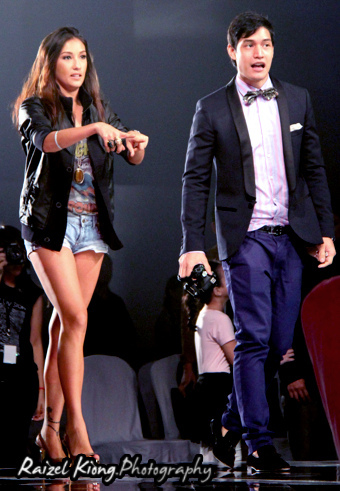 And do you know this hilarious TV advertisement from PLDT? It’s about the boy who sings Anna Banana in YouTube. The kid was also there in the event. His commercial is hilarious.

Now one of the most interesting parts of the event was the live performance of local band Urbandub. They sang my favorite: First of Summer.