People have the impression that if IT is your profession, it follows that you’re a gaming geek as well. Trust me, that’s not true. A perfect example? Me.

Despite the fact that I took up Computer Science in college, I don’t play PC games, contrary to most stereotypes. Well, I used to, back during my much younger days, but when I started to get busy with school, then work and eventually blogging, I lost all interest as well as time to play games.

But that might eventually change soon. You see two weeks ago, I got invited by GameClub, an online gaming company to try out one of the latest craze in PC games these days called Just Roll It. And I think I got hooked!

Its name sounds like an online casino game, but it’s not. Endorsed by Ramon Bautista, Just Roll It is a double dice board game which closely resembles Monopoly, but way better than that. It can be played by 2-4 players either as an individual game or as teams of two. 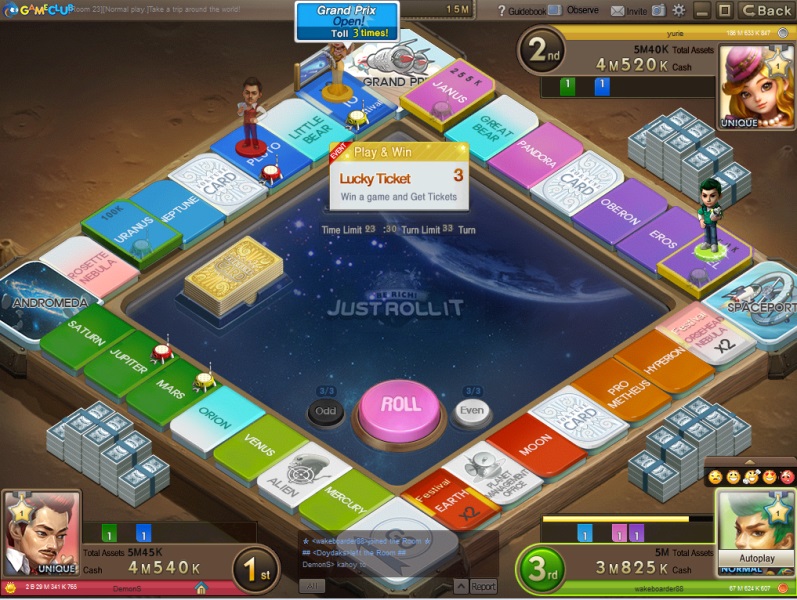 So how does the game work? It’s relatively simple.

1. At the start of the game, each player is given equal amounts of money. For two player games, it’s about 2 Million each.

2. Every square on the board game corresponds to either of the following:

…or any type of property depending on the board theme available at the start of the game (more about that later). 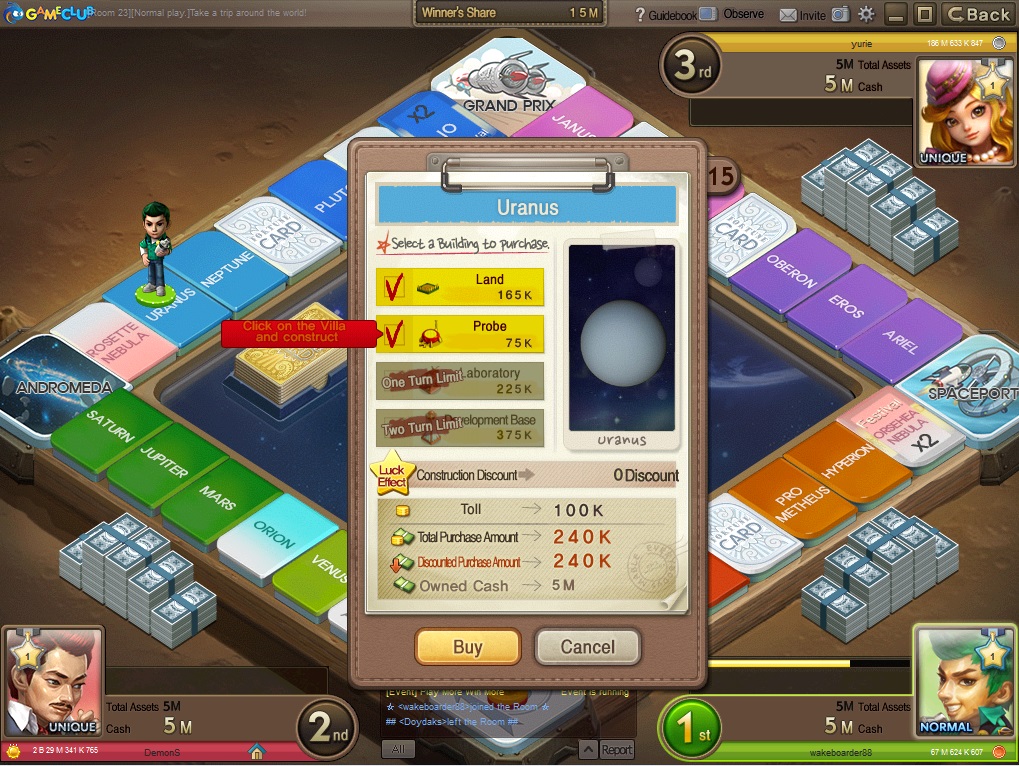 3. Each player takes turns rolling the dice and moves across the board depending on the number that shows up on the face of the dice.

4. Once your character lands on any property, any of the following can happen:

5. The objective of the game is to strategically acquire properties and make other players pay you rent until you bankrupt them.

You win once your opponents go bankrupt and their total assets go below zero. However, there are special cases where you automatically win without waiting to bankrupt other players. 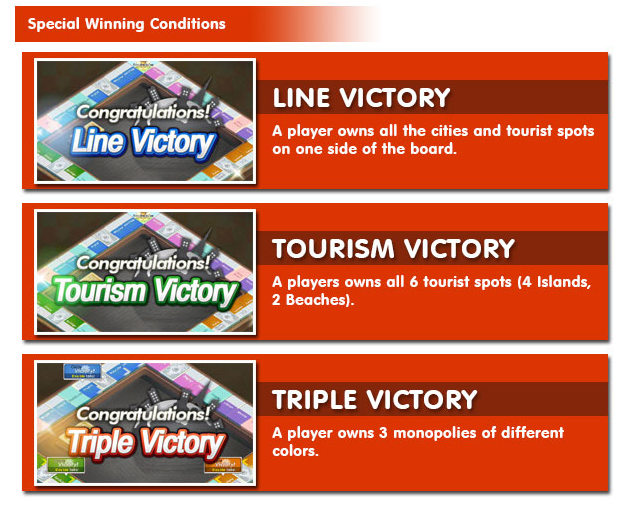 The three special cases are:

The player wins the game if he owns all real estate on one side of the board. Based on my experience, this is one of the easiest ways to win.

A player wins if he owns 6 tourist spots

This occurs when a player owns 3 monopolies of different colors

What’s awesome about Just Roll It

As I’ve said, it is not your ordinary board game. I’ve played it for over a couple of weeks now and all I can say is that I’m completely hooked.  Here are the main reasons why. 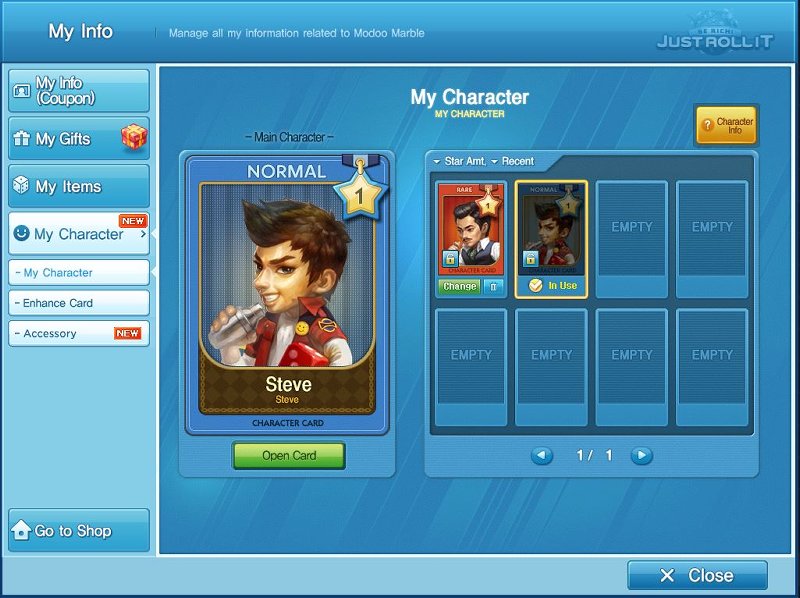 Unlike the real-world Monopoly game, I like how you’re able to select a character of your choice with varying strengths and luck when it comes to rolling dice. I also like the gifts, items and accessories being offered in the game that gives you more capabilities during actual play. It spices up the excitement.

P.S. Some items are free once you reach a certain level, but some are being sold too. You need to buy a prepaid card or ecoin and reload it into your account to buy premium items. (yes guys, the game creators need to earn some money too, so I think that’s understandable.)

2. Play with other gamers online 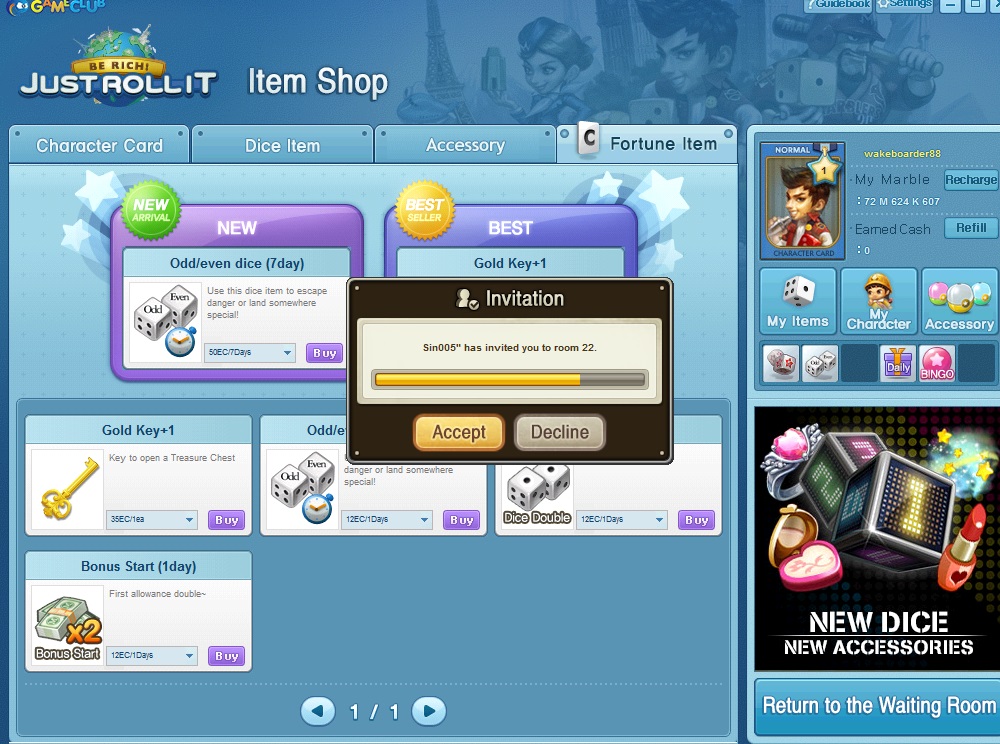 I like how you can play as an individual or as teams of two. I also think it’s awesome that you can interact with other players online by adding them as buddies and chatting with them during gameplay.

3. Board themes and surprises during the game.

If you are bored with the usual board (sounds like a tongue twister. LOL), you won’t be with Just Roll It. They provide different board themes to keep gamers interested. I remember the first time I tried the game, the board theme was popular tourist spots in the world so you’ll see Boracay, Sao Paulo, Paris and London as real estate cities you can buy during gameplay (How I wish I was that rich in real life to buy these cities haha).

As of this writing, the current board theme is “Space”. And by that you’ll find yourself buying the Moon, Earth, Mars, Jupiter, Pluto, Andromeda. It’s a totally dope game. 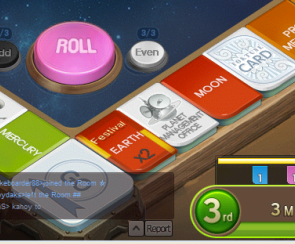 In addition, I also loved the surprises of Fortune Cards. If your character lands on one of them, and you happen to be lucky, you’ll speed up your triumph against other players. But if you happen to be having a bad luck day, you’ll end up losing faster than you ever imagined.

I think one of the most unique attractions of Just Roll It, which is only available for a limited time, is their weekly and monthly draws where players can join the raffle and win up to 5,000 Pesos in cash. I haven’t won yet, but I hope soon.

Things I wish to see in Just Roll It.

Not everything is perfect. The game has plenty of room for improvements. A couple of things I hope they do in the future are:

One of the most wanted requests of players like me, is for this game to have a single player option where you’ll play against the computer. It’s not that I’m antisocial whatsover haha! But I remember when I first logged-in to Just Roll It very early in the morning at 6 AM, I didn’t see a lot of rooms where I can join other players. So I had to wait for more people to login to be able to play. The game won’t start until there are at least two people in a match so here’s to wishing that I can play against a virtual opponent in the future.

Compatibility with different computer screens and availability to mobile devices

I tested the game against different computer screens, resolutions and operating systems and it worked fine for most, especially in PCs with big screens and running on Windows 7. However, I found some minor issues maximizing the game’s screen in Windows 8.1. I hope they fix it soon.

Moreover, given that the game itself is very addicting, I’m hoping that these guys would release it to mobile phones as well. It will really get more people hooked!

So it looks like Just Roll It brought back the gaming geek in me. Just yesterday, I slept at 2 in the morning because of this. Hahaha! Check out their website to download and install the game. You can also watch Ramon Bautista’s video about the game below.

Disclosure: This write-up is a sponsored post by Just Roll It.

[…] been more than two months since I started playing the online board game called Just Roll It, and up to now many gamers (including myself) are completely hooked. No […]