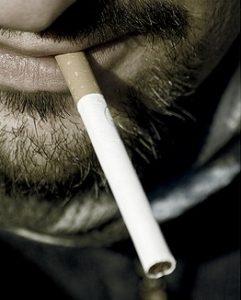 Today we explore the Top 4 Pinoy Vices with PGG writer Jessie. See if you have one of these vices and let us know how you got that vice.

VICE/VICES – noun –
an immoral or evil habit or practice
immoral conduct; depraved or degrading behavior: a life of vice.
sexual immorality, esp. prostitution.
a particular form of depravity.
a fault, defect, or shortcoming: a minor vice in his literary style.
a physical defect, flaw, or infirmity: a constitutional vice.

Smoking
– Ice cold fact about the cigarette that you just smoked a while ago: Nicotine is far worst than Heroine in terms of addiction level. Pinoys just don’t think it affects them because, in reality, the effects of smoking related illnesses only manifests when you’re already at your worst condition (read: dying). I’m not here to preach on why you should lessen the sticks that you puff everyday. I am a smoker myself. I call it ‘express therapy’. I use it to pass time and earn extra patience when I’m having a rough day. But if you smoke two packs (or more) a day with your conscience intact – then you better make sure you have enough money in your bank account to keep you alive for at least 72 hours once you hit rock bottom.

Alcoholic Beverage
– Men are blinded by alcoholic beverages. It can either make or break a man. If you go out with the gang and drink your guts out – you’re in. You’re part of the circle. But if you reject an invitation or two – expect a lot rumors involving your sexuality spreading around the next day. Pressure is the element that turns a lot of Pinoys into beer drinking zombies. Drinking is a way of life. I drink. I’m sure you, Mr.Reader, downed a bottle or two at least in your lifetime. But like the saying goes; anything done excessively is wrong. If you drink at least twice or thrice a month. You’re OK. Congratulations. You will get to see your grandson play basketball in your backyard. But if you’re the guy who’s been part of every single drinking sessions of your peers, you have a very serious problem coming your way.

Online Games
– Aaaah, online gaming. One of the best inventions man has ever come up with. Back in the day, I used to be an ‘arcade’ guy. I used to be that alpha male who buys only one token, challenge a guy wearing that stupid NY Yankees cap, beats his ass in Super Street Fighter II using Guile, and beating the game itself in one seating. While a dozen of token-less guys gather around to watch. But all that magic happens AFTER school. Online gaming has taken the addiction of ‘killing’ someone, somewhere out there, to a whole new level.

Nowadays, students would often miss class to play DOTA, CS, Ragnarok, Diablo and all the games available in internet cafe’s around schools. Try going to the nearest school zone in your area and you will most likely encounter an internet and gaming cafe filled with teenagers in school uniform, screaming and yelling as they scour for more power ups and annihilate some guy’s home base with brute force. Its fun, affordable and the moxy you get when your the last man standing and yet your team still won because of your heroics is irreplaceable. But please – learn something in school. Something. Anything. Before you blow people’s head off with your sniper.

Workout
– There’s nothing wrong with working out. It takes a lot of discipline and hard work to be in good shape and it pays off in the long run. But there are guys out there who just can’t get enough of being with plates and exercise equipments. Guys who would go straight to the gym right after class or shift, ignoring everything that also matters in this life. Overexercising can lead to insomnia, depression, fatigue, and anxiety. When you’re sole motivation to work out is to have that Christian Bale physique to impress the ladies (and those fake scouts looking for new ‘talents’), then you are definitely hooked to the bones in all the wrong ways.

How about you? What are your vices? Are you doing any efforts to stop them for the better?

Subscribe to Pinoy Guy Guide to get the latest updates

Jelly Watches: Stylish or Not?

Leave a Reply to Don