At first I thought that HOM was an ordinary boutique at The Block. What I didn’t know was that they were selling underwear exclusively for men.

As you know, lingerie is a term coined to refer to sexy underwear for women. But I didn’t know that the guys from HOM are in fact, selling sexy men’s underwear. So perhaps we can call their products lingerie for men? I know it’s hilarious and you’re probably laughing but I guess it’s true. There is now such a thing but we guys don’t use the term “men’s lingerie”. It just sounds too gross! 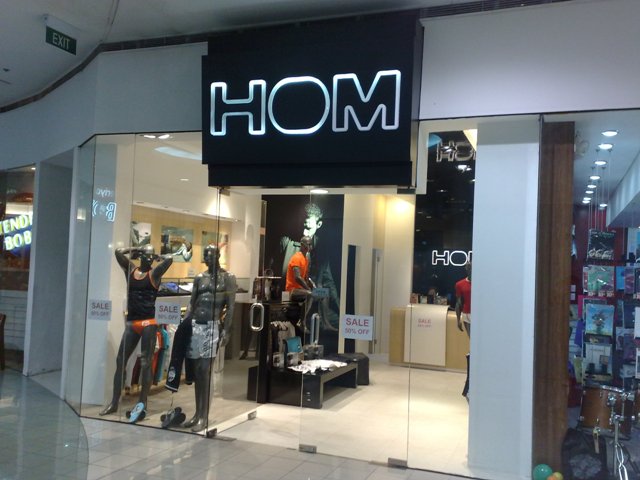 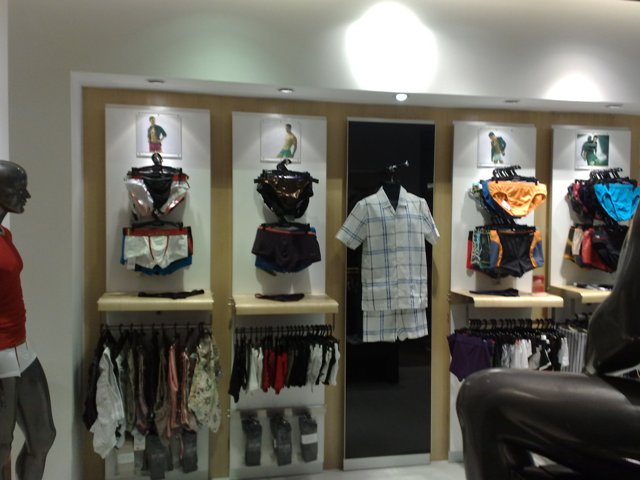 And if you happen to be a guy who wants to “show off”, allure and eventually seduce your girlfriend or wife, you probably now have an idea where to go. Check out HOM’s store and you’ll find plenty of choices to make the ladies drool over you. Haha! Their products are not cheap though. I’ve seen a tank top (a.k.a “sando”) costing as much as 1,400 bucks!


Get up-to-date with the latest in men’s fashion. Subscribe to Pinoy Guy Guide by entering your email here. You can also join the discussions at the PGG Forums.

Oxygen button down and round neck shirts

Is it a brand or a boutique that sells products from different ones? Kinda like an underwear specialist version of Saks?

i think.. if you can afford.. why not?! if you are a little tight on the budget then there are other ways to make them drool over you…

hom is expensive although material and the way the underwear fits your body is superb..

angelo – doon lang ako nakakita. I’m not sure in mall of asia.

according to a friend of mine i think they’re only at the block at sm north because they’re trying out the market. not many stores out there that specialize on men’s underwear (i don’t even want to use the term lingerie… parang pambabae lang talaga hehehe!!! i’d rather use “intimate apparel”… mas uni-sex ^^p )

I think our gay friends will love this shop! They can always pretend that they are shopping for themselves when in fact they are actually buying a gift for someone special to wear on their sexy time 🙂

It’s not surprising to me if HOM products in SM would be a bit pricey for us Pinoys coz these are European made, in France (site: http://www.hom.fr). I did purchase HOM before when I stayed in the US few yrs. ago coz I really like the product-quality, the style and the material HOM uses. Even lately i got a couple of boxer briefs (HOM brand: ‘black addict’), their recent items, directly from France. Sulit naman, if one is after good quality.

I agree that their products are quite chik yet it is worth buying. I got two pairs of underwear bought in Thailand when they had a big sale in one of the sports store in Bangkok and they are good to wear as if they are your second skin.

1400 pesos isn’t too bad for designer underwear though

i just bought plume string twin pack for 2350 pesos and the way it fits to your skin is superb.

There’s still HOM at SM North the Block.
I’ve been using HOM for a long time, and i can tell you it’s really comfy and it fits well.
HOM is a subsidiary of Triumph, the underwear company for women.
But it’s kinda pricey.

What level in The BLOCK

This is already closed.

@Ben I don’t see them anymore. I’ll post an update when I see them again.

Hi chris, i am chard do u know where here in manila HOM is located? Many thanks.

Chard – I’m not sure if they are still in Manila because they closed their shop at SM North EDSA already.

I hope you can find that.

^Ben – I’ll let you know once I see them again.